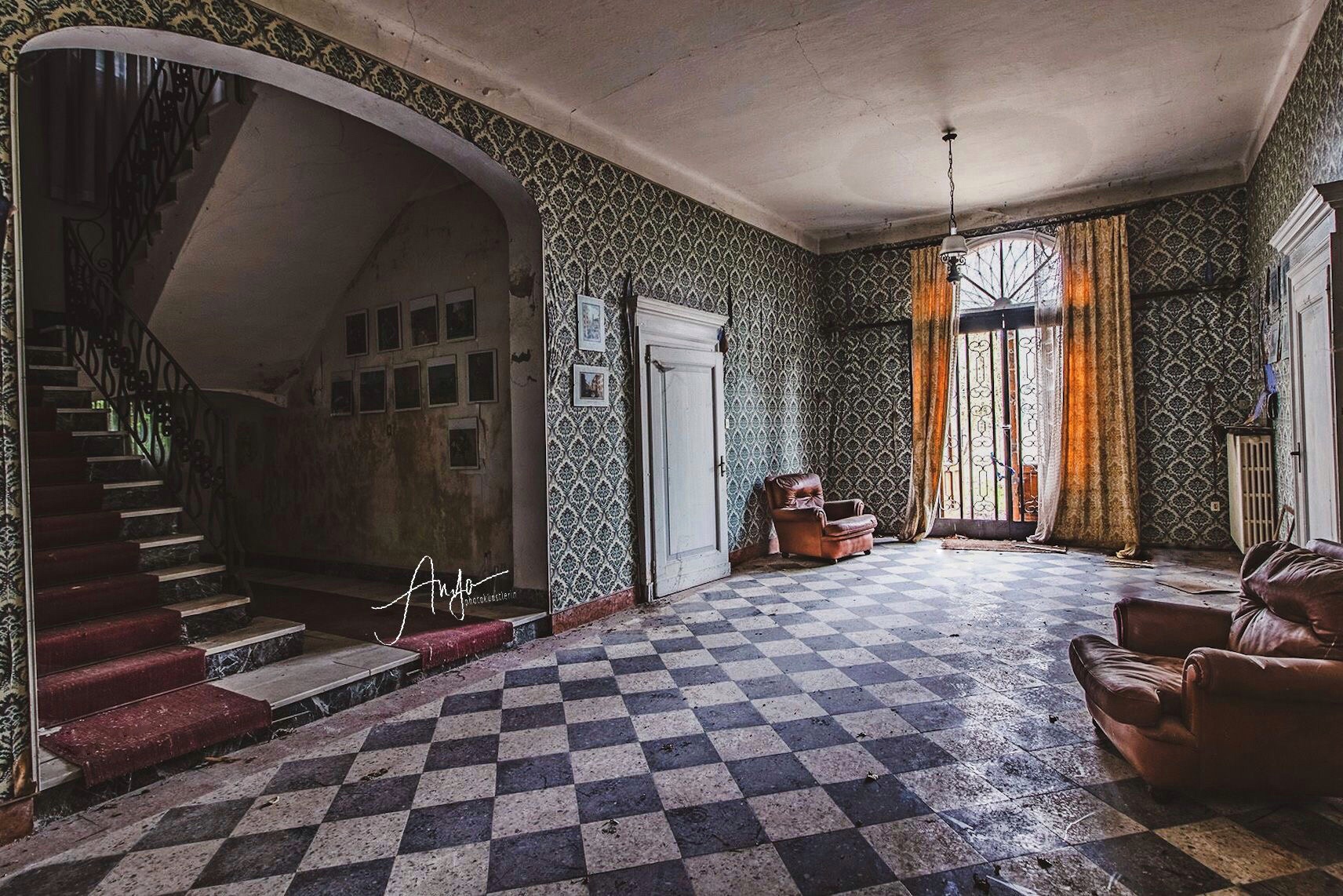 When you come across an abandoned place, you don’t always find information about its past. Who were the owners? What is their story? Why are they gone, leaving so many personal items?
In this mansion, the walls of each room are literally carpeted with a multitude of nails where they were hung pictures and frames following an almost obsessive criterion of size and gender. Hundreds (but perhaps thousands) of nails all planted at the same distance to which reproductions of famous paintings, floral-themed prints, cartoon characters, puzzles, panoramas and views of countryside landscapes, drawings of city monuments were hung.
If now some walls are empty, even in those once there was something hung, and it can be clearly seen from the halos left on the walls, or from the nails. Among the many still present, however, many depict monuments and glimpses of Bologna. In my imagination, the owner, for work, health, or sentimental reasons, had to leave his beloved city, but he wanted to keep a memory of it in every room of his home. Not bad as a guess, and that’s exactly what came to my mind while I was inside it! Unfortunately, despite the research and documents still present in the house, I have not been able to reconstruct the real history of the property, but I have (perhaps) found some information about the last family that lived there. The property was purchased around the sixties, undergoing a major renovation. The frescoes that were once certainly present in all the rooms have been covered with plain colors and colored wallpapers, certainly the cheaper and faster solution, moreover fashionable in that period. Only in some rooms are the signs of some frescoes, probably because they were perfectly preserved and not needed any restoration.
Documents dated 1991 attest to an agricultural holding at the same address, but the names of the owners are not the same as the diplomas hanging in a room, and belonging to two different people (probably brothers). If they are the same people, one could now be a pharmacist and the other a sort of entrepreneur (according to linkedin).
But why was it abandoned? This is another question that I cannot answer but, perhaps, as often happens, the old owners died, and the heirs moved to a more modern home that could meet today’s needs. In any case, the reason (or the reasons) why so many furnishings and family memories have been left there, is a mystery. 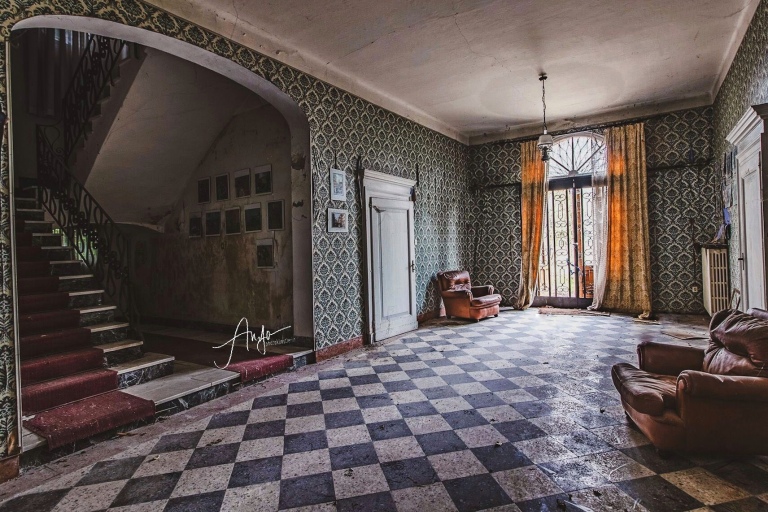 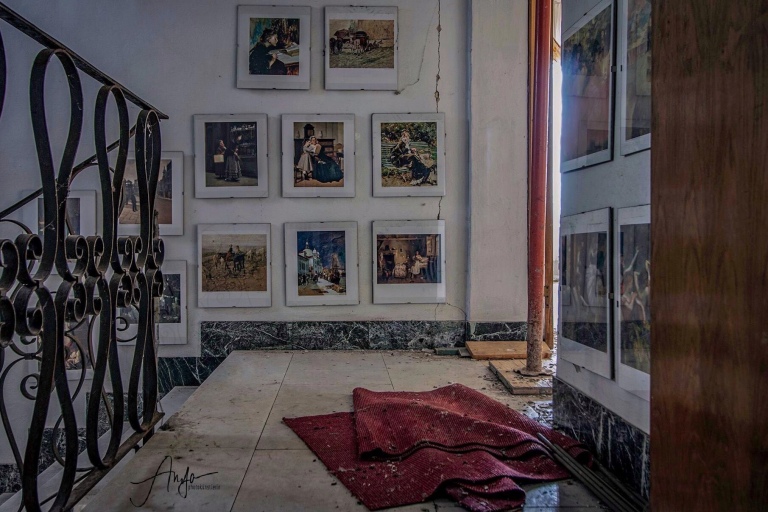 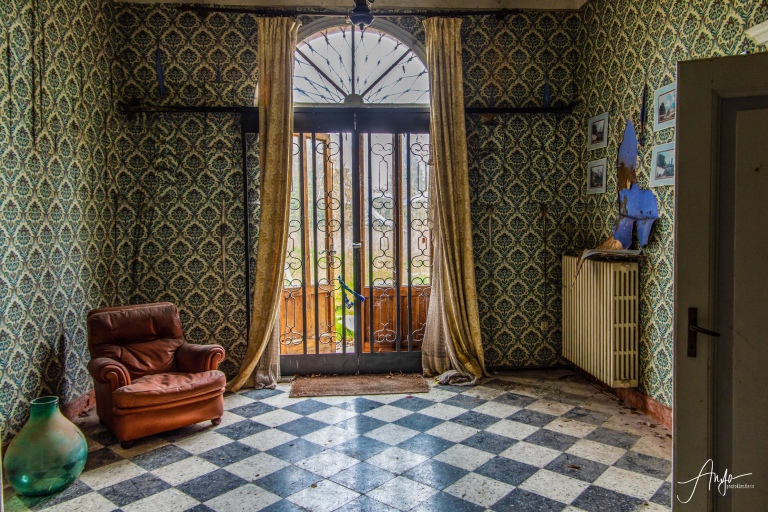 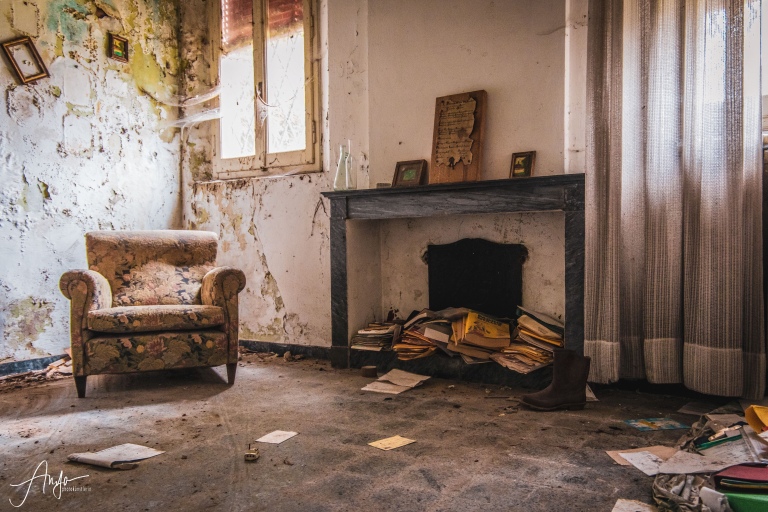