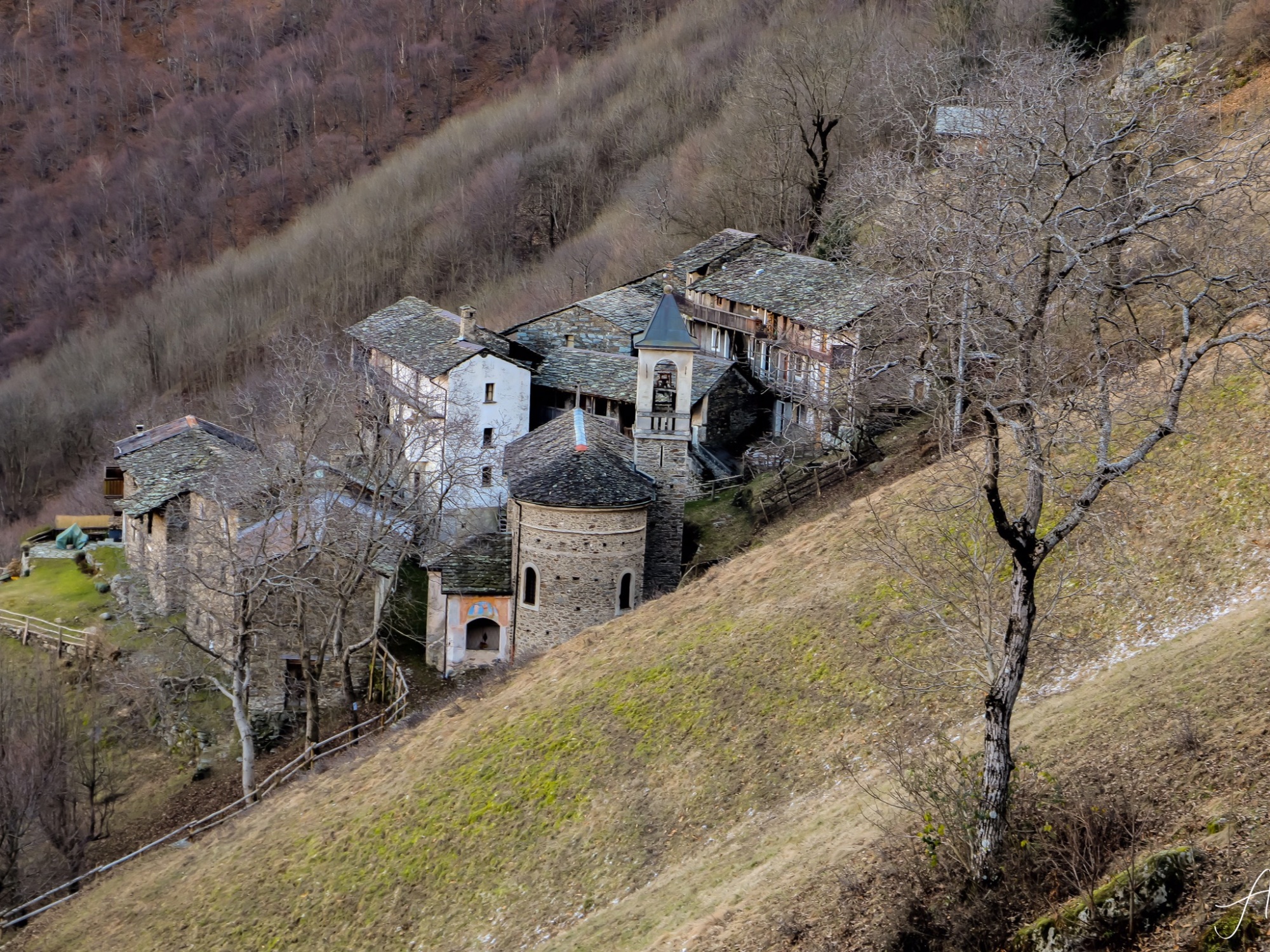 Of countries without roads, in Italy, are few left: one of these is Sostila in Val Fabiolo, a small picturesque valley out of time in Valtellina, between Morbegno and Sondrio. The village has remained isolated in time and space, pulsating with peasant life until a few decades ago. Today it is uninhabited: if in 1928 it had about 120 inhabitants, already in the early 50s the number has tragically halved, up to a total of 14 inhabitants in the early 60s. There was the school until 1958, while the church was regularly officiated.
Today someone comes here only in summer, on steep and not very safe paths in other seasons, but remains just for a short time.
Historically, it seems that these mountain meadows were colonized in the Middle Ages by people who were fleeing from the valley floor, always affected by floods. They lived on chestnuts, a little wood and some animals to be left to graze. The women would harvest apples, pears and cherries which they sold in the valley markets, while some men worked in the iron mines on the distant crests of the Orobic Alps. The characteristic houses with gneiss roofs (rectangular granite slabs) date back, however, only to the seventeenth century. They have ingenious decorations and solutions which, apparently, were imported by German soldiers who were defectors of the Thirty Years War and settled here.
According to the legend, it was here that in the past the witches gathered to celebrate their sabbaths.
As story goes, from the valley, to the stroke of the Ave Maria, the witches left their houses to fly to the gatherings or to annoy the unfortunate who were still around.
It is said that a young man from Sostila had fallen in love with a girl whose family, consisting of two other sisters and her mother, wasn’t too popular by the other inhabitants of the village: they never showed up in the square, nor in the church, nor to the common washroom with the other women. The young man did not want to pay too much attention, thinking that they could simply be very, very private people.
He then became engaged to the girl and began to attend her home, welcomed as a son by her mother and as a brother by the other sisters. However, something strange overshadowed his happiness: yes, he could go and find the girl at any time of the week, except on Thursday, when none of the women were present at home.
One day, driven by curiosity, he lurked under one of the windows of the house of the four women. At one point he saw the youngest of the sisters enter the room with a burning hearth, followed by the mother and the other girls. Suddenly, each of the four women began to unscrew their heads, twisting in an unnatural way. Once literally “beheaded”, holding their heads in their hands, they began to comb their hair. When the ritual was over, they put the heads in their place. It played the Ave Maria, and at the end of the stroke, they rushed towards the fireplace and disappeared inside it.
The only time of the year in which the town lives again is on the first Sunday of August, in honor of the celebrations for the “Madonna della Neve” (Madonna of the Snow) to whom the village church was dedicated. Legend has that the Madonna had the power to bringing rain during periods of drought, which is why, in the summer, in the driest periods, processions of faithful descended from the near Campo Tartaro in procession, praying for her intercession.
From the path that descends from the near Lavisolo, it is said that at times one encounters nocturnal processions of people with covered faces, holding candles. There was a witness, a local, who said he had met them one night on his way home: one of these strange characters gave him a candle and asked him to hold it, then the procession continued to descend to the valley until the church of Campo Tartaro, to disappear there. The man, the next morning, realized that the strange apparition had not given him a candle, but a human tibia.
Also the flood that in 1911 hit the village was attributed to demonic forces and, in addition, popular tales tells that, in Sostila, happened that some priests who arrived there were of an evil disposition, capable of transforming themselves into animals and of casting evil on people, livestock or objects.
Sostìla, the place to stop, according to its probable etymology. The place where men’s stop, time stop.
Today no one resides for the whole year, but, starting from spring, it is not difficult to come across someone who climb on the paths. Only these local legends (as well as the festival of the Madonna della Neve) manage to repopulate the valley, a land that lived on simplicity, prayers and chestnuts, for centuries the typical product of the area.
Just outside the village, a house is used as a refuge, complete with beds and kitchen. A way to open to tourism also this area which has its peculiarity in the beauty of nature. A land where witches continue, undisturbed, to dance between one stone and another, between uninhabited houses…

My original article on Random-Times.com ©️ 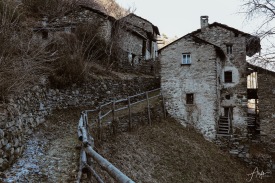