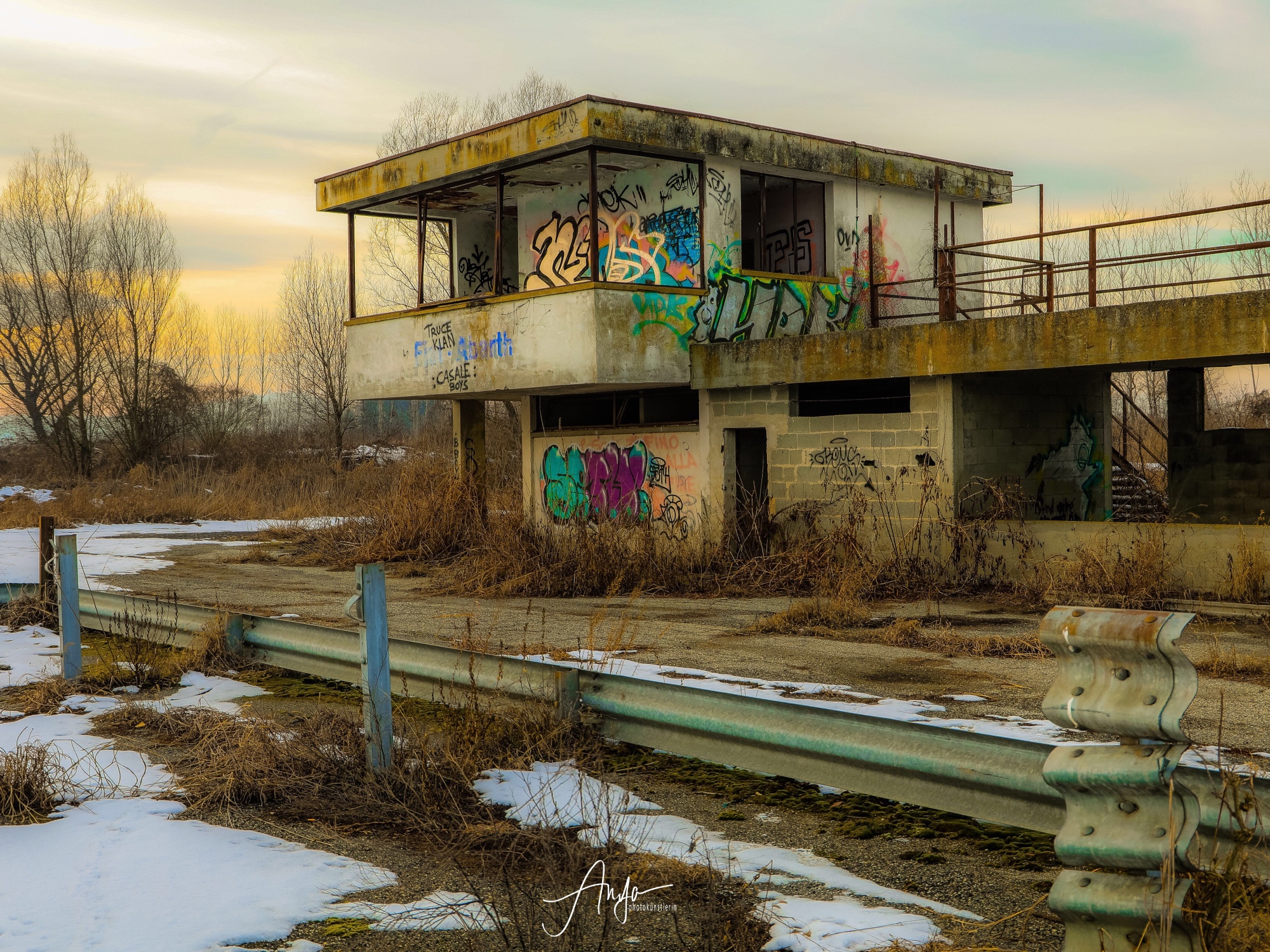 Once upon a time, on the banks of the Po, a few kilometers from Casale Monferrato, there was an autodrome: the Morano sul Po circuit. A simple path, surrounded by a beautiful natural environment, not far from the Monferrato industries and a crossroads between the Turin of Fiat and the Milan publishing industry (here the very popular magazine “Quattroruote” did several test drives).
Called “Circuit of Casale Monferrato”, given the greater importance that the historical center covered (and still covers) in the area, the track touches two municipalities, Morano sul Po and Pontestura. The track is 2460 meters long, is 11 wide and has 8 curves (6 on the right), and runs clockwise.
This circuit was inaugurated on March 19th 1973 by Arturo Merzario (Ferrari 312 B2), who set first record in 1’01″1 (144.950 km/h – 90.087 mph).
In the same day, there were races of Italian F.3 and Challenge Ford Escort Mexico too. At first, wind carried a lot of sand on the track, but despite this the circuit was soon very successful and it was very appreciated for test and races of several Italian and Swiss championships.
Among the most important races disputed here there were Coppa Autodromo di Casale (Interserie, September 22nd 1974) and Giro d’Italia 1973 and 1974.
Also the British business magnate Bernie Ecclestone (the former chief executive of the Formula One Group) was interested in buying a factory nearby the circuit.
In 1974, with 17 competitions, 2151 drivers and 100,000 total spectators, the activity on the track reached its peak. Given the numbers, it is thought to extend the track to 4 kilometers, to open it to international championships. Various projects follow one another, but unfortunately none of them is realized: in reality, the circuit is a problem for many.
Over the years 1973, 1974 and 1976 some proposal were made for lengthen the circuit, however in 1975 first problems arose: Pontestura (in which district the circuit lies) and Cuniolo population complained about noise, even if Morano Po administration was in favour of the circuit.
Also the mayor of Pontestura no longer wants to hear race cars roar and in 1976 racing activity was reduced, but it was not enough and at the end of the same year it was nearly stopped. On August 18th 1977 an excavator broke the gate down and ploughed 500 m of the track, in order to unfit it for use. Some time later the tarmac was restored and there were rumors about a reopening in 1981. There were some more trials (even recently), but with no results: now the track is inside a park and thanks to its laws this operation is quite impossible.
In fact the Po river, in its frequent floods, remains the only one to enter the circuit regularly. Weeds and complications grow: the area becomes a Fluvial Park and every attempt to redevelop the circuit is crushed by insurmountable bureaucratic obstacles.

My pictures was taken in 2019:
Complete article here: Random-Times.com. 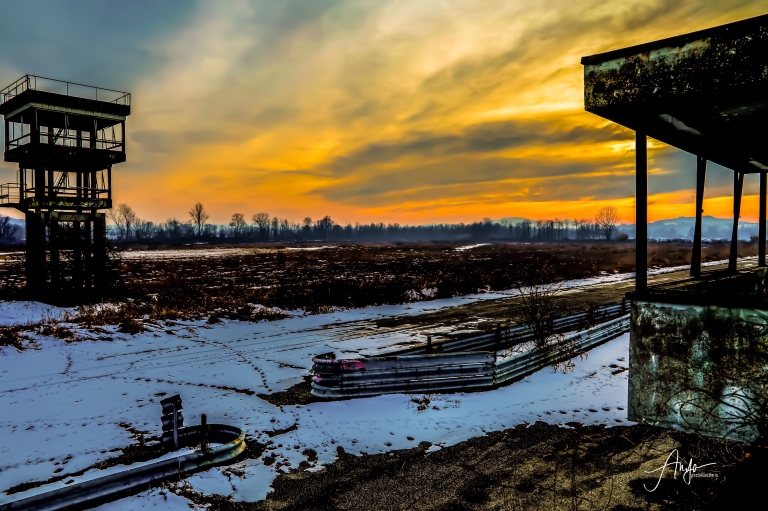 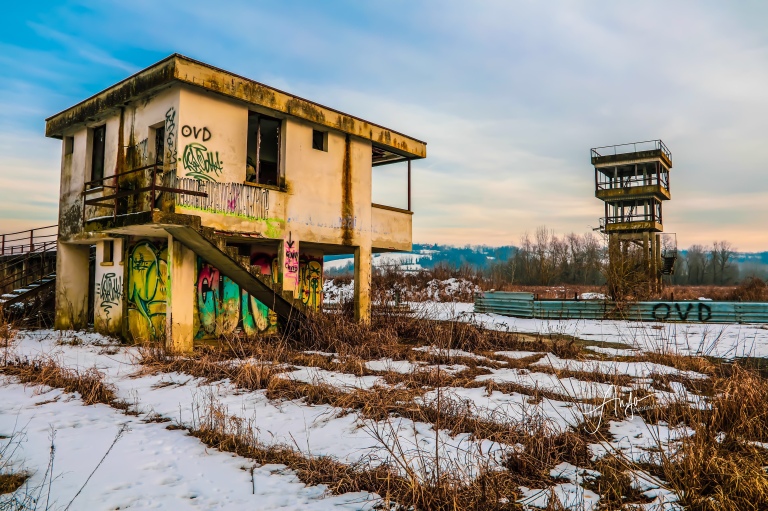 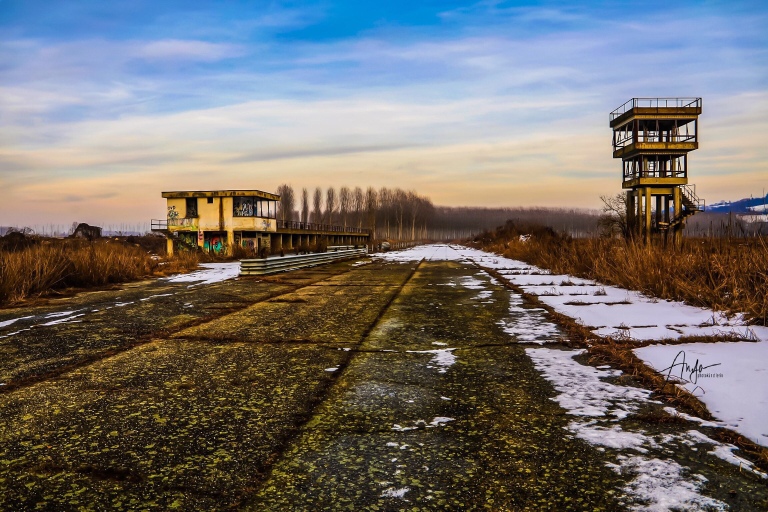 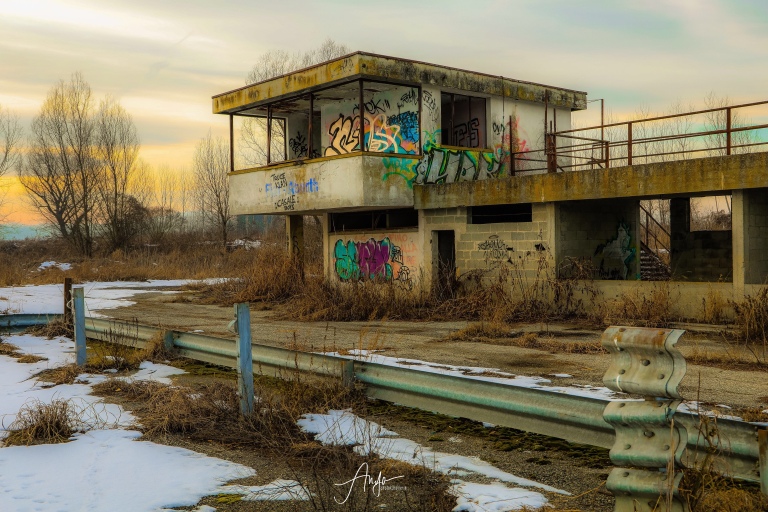