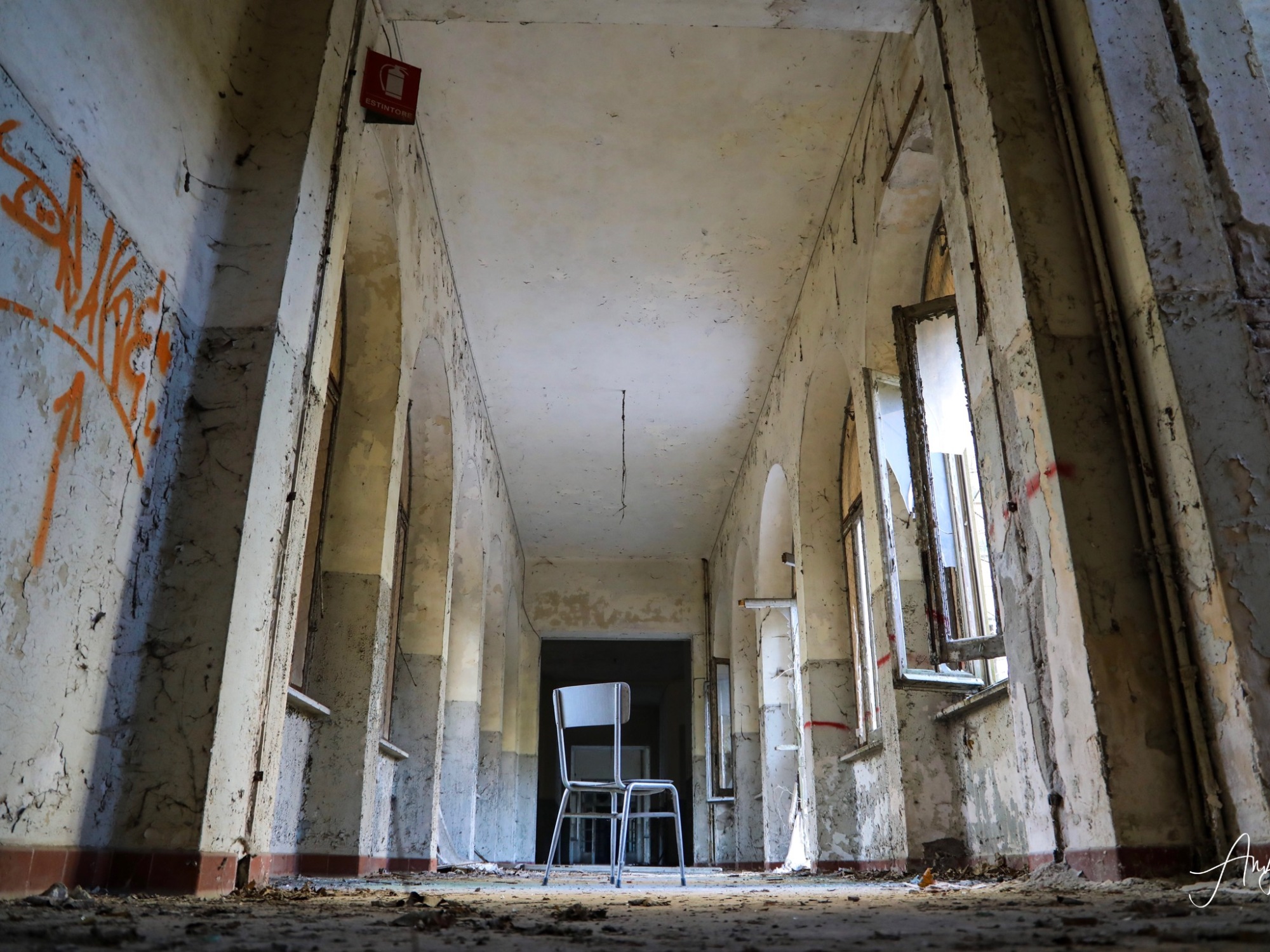 This abandoned pneumological hospital was built between the end of the 19th century and the beginning of the 20th century.
The area chosen, at the time, was isolated and quiet, but still rather close to the city. At that time the hospitals were less numerous today and people went to such facilities only for very serious illnesses. After all, in the 1940s, pneumonia was a common cause of death, and so many were the sick people who passed through these corridors.
The hospital was in fact pneumological, or specialized in the treatment of diseases related to the respiratory system and in the wards of this hospital passed countless famous doctors, who treated and saved the lives of thousands of people (in 2015 died the Dott. Antonio Mammana, a renowned tisiologist who worked for many years in this hospital).
The hospital was immersed in nature, so as to encourage the healing of patients. The garden, once the pride of the place, consisting of dozens of benches (some still visible), a fountain (today “eaten” by the vegetation), many flowers and trees, has become a very intricate forest, but fortunately the entrance is accessible via a path that at its end takes you in front of an impressive Art Nouveau building topped by a clock which will mark forever the hours 10.40.
The hospital is never a beautiful place, and of course this is a trivial phrase, but I challenge anyone to say otherwise.
The hospital was rather large, built with a schematic logic, with two side elevators, several stairs, four floors, the basements and an attic. The beds were 120.
The place is very macabre, especially its basement, where there is still the table used for washing and autopsy of corpses.
It is considered one of the most haunted place in Vercelli and various ghost stories are handed down, among which the prisoner souls can touch visitors or speak (even though I did not hear anything!)
Historically, the hospital was closed in the 90s when the new hospital in the city center was inaugurated. After the end of his function as a hospital, several roads were undertaken to use the building in different ways, with funds obtained from the Region (about 5 billion Lire), everything should have become an assistance center for the elderly not self-sufficient, and in fact, at the time the structure was not yet in a state of abandonment, it was a completely feasible project. But here came the specter of bureaucracy, which magically delayed the start of the project in the mid-1990s, and in the meantime the vegetation grew and the abandonment began its slow but inexorable path.
In 1995 it hosted Rwandan refugees and when they were transferred the following year it fell into a total state of neglect.
Yes, the region allocated 5 billion of the old lire but Italy is a “honest” country, and jokes are the order of the day: the company involved escaped with 10% of the deposit leaving the work incomplete.
To date, there have been some faint traces of the (few) restoration work that had begun in 1996, the work of the brave heroes who fled with money. What will happen to the rest of the 5 billion? Disappear in a black hole, of course. In my opinion this is a dead building, although structurally it is still stable and not at all dangerous, recovering it will require a considerable economic effort and vandals and nature certainly did not help.
Ironically, it was a pneumological hospital and the roof is made completely in eternit. Really a good choice!